124: How data plays a role in the educational landscape

How do educators use data to inform their instruction for students? We’re joined by educational professionals Casey Wohletz, TJ Layne and Annie Mais to discuss how Title I schools around the country are using data to help their students shine. 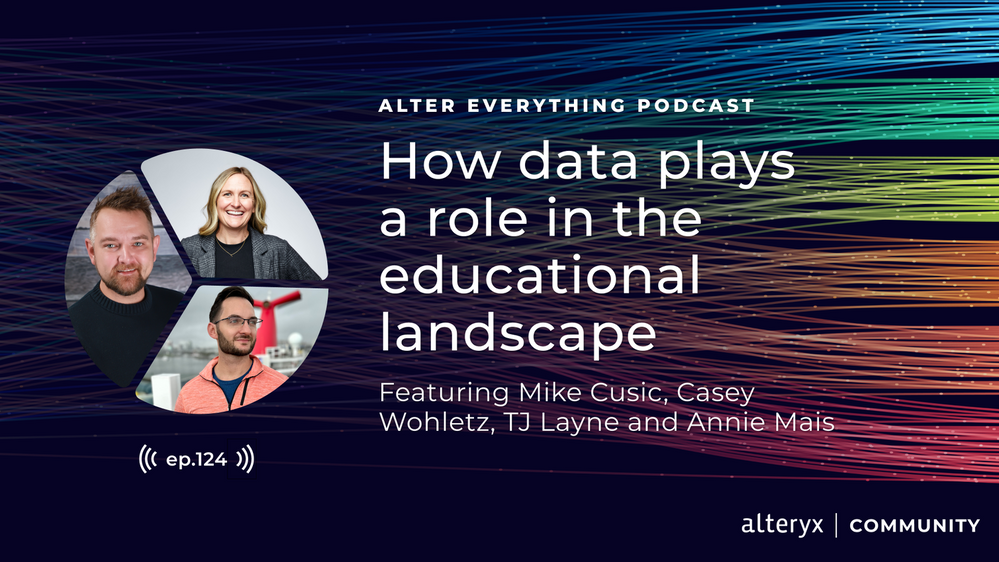 This episode was produced by Maddie Johannsen (@MaddieJ), Mike Cusic (@mikecusic), and Matt Rotundo(@AlteryxMatt). Special thanks to @andyuttley for the theme music track, and @mikecusic for our album artwork.