113: Playing Snake Game in Alteryx, because I can!

Owen Coyle, AKA "TheOC" on the Alteryx Community, shares the origins of his nickname, his favorite parts of the Community, and how he created a snake game within Alteryx. 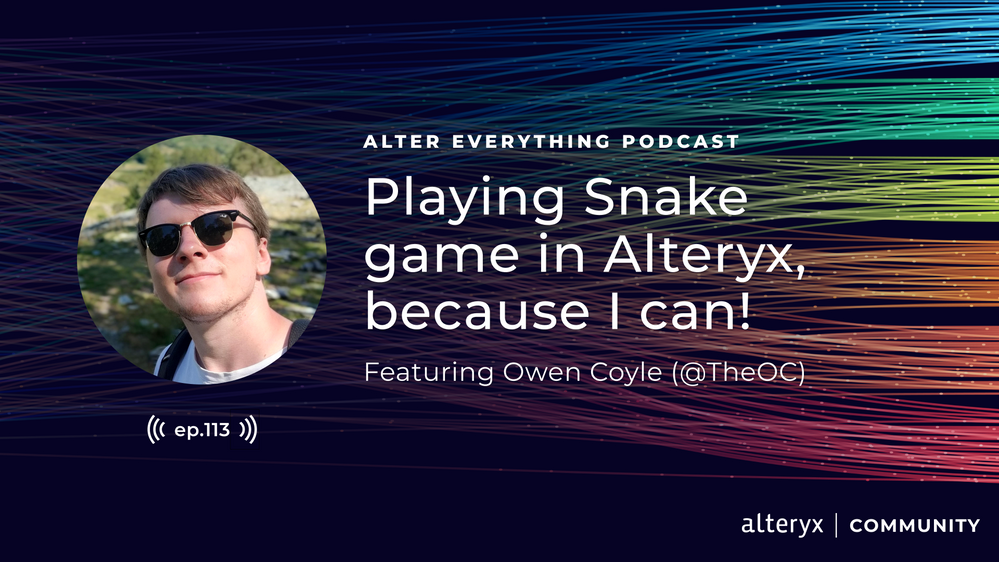