Alteryx CDAO, Alan Jacobson, had a chat with author and scientific journalist David Quammen about COVID-19 to discuss the origins of the virus, where we stand historically against other pandemics, and how we can use data to work together towards eradication. 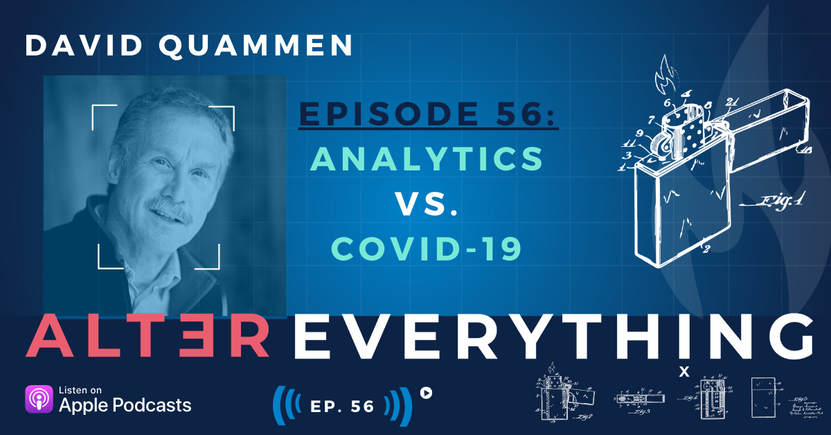